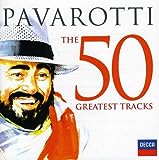 This album contains nearly 3 hours of music and includes all Pavarotti's opera hits - including Nessun Dorma, used as the 1990 World Cup theme tune and the track that made him a household name as well as all his famous popular songs: O sole mio, Caruso, Santa Lucia, Volare and many more in a thrilling first, the album also contains the first official release of the first known recording of his voice, the aria Che gelida manina recorded on his Italian professional debut in 1961 Other highlights include great duet collaborations with superstar friends Frank Sinatra, Bono, Eric Clapton and Sting plus fellow tenors Placido Domingo and Jose Carreras in the live Three Tenors version of Nessun Dorma. For the first time all material is fully remastered at 24 bit for the best sound ever Pavarotti the 50 Greatest Tracks - truly the definitive collection of the music of a great man and true legend.... 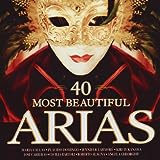 Nothing pulls at the heartstrings more than a sultry opera aria. The most beautiful operatic moments are portrayed on this 2 CD set by the greatest artists to grace the stage including Placido Domingo, Kiri Te Kanawa, Bryn Terfel, Jose Carreras and others...

Bad, Bad Leroy Brown Operator(That's Not The Way It Feels) Photographs And Memories Rapid Roy (The Stock Car Boy) Time In A Bottle New York's Not My Home Waorkin' At The Car Wash Blues I Got A Name I'll Have To Say I Love You In A Song You Don't Mess Around With Jim Lover's Cross One Less Set Of Footsteps These Dreams Roller Derby Queen... 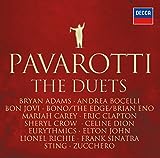 Luciano Pavarotti is the most popular and well-known classical artist he is one of the artists who is truly known as a household name. This recording features duets with the biggest names in pop music. This is the first time these tracks have been brought together in one release.... 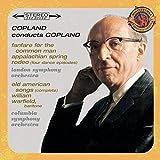 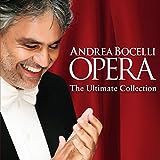 Opera, The Ultimate Collection showcases Andrea Bocellis vibrant personal journey through the world of opera.The collection features the most popular tenor arias from well-known operas such as La Boheme, Tosca, La Traviata, Madame Butterfly and Romeo & Juliet.A brand new recording of the much celebrated Nessun Dorma! from Puccinis Turandot is included; a signature piece for Bocelli as it was for his mentor Luciano Pavarotti.The album draws on arias which inspired Andrea throughout his career, from his first memory of opera, Verdis La donna e mobile to his newest recording of the great aria Donna non vidi mai from Puccinis Manon Lescaut.Includes Andreas personal favorites from the masterpieces of Puccini and Verdi, as well as the very best of French opera, featuring arias by Massenet, Gounod and Bizet.Bocelli explains: The main objective of this type of album is to draw people closer to t... 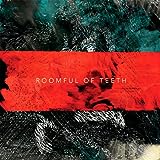 Founded in 2009 by Brad Wells, Roomful of Teeth consists of eight classically-trained vocalists. During their annual residency at the Massachusetts Museum of Contemporary Art, the ensemble has studied Tuvan throat singing, belting and pop techniques, yodeling, Inuit throat singing and, in their summer 2012 residency, new techniques from Sardinia and Korea. Roomful of Teeth's debut album features seven composers who each incorporate the ensemble's polystylistic virtuosity in unique ways. From Rinde Eckert's neo-alpine yodel "Cesca's View" to Caleb Burhans's post-minimalist take on bel canto singing in "No", the album breathes fresh life into the a cappella landscape. One of this generation's most dynamic vocal talents, Merrill Garbus of tUnE-yArDs, contributes two stunning compositions. Garbus's tunes find a range of world-inspired grooves, from African pygmy yodels, Inuit rhythmic pulsin...

A classic collection of 11 CDs that compiles every recording that the late Arthur Rubinstein released on the RCA label from 1946-1967! Many aficionados consider these definitive performances of Chopin repertoire, produced by the legendary Grammy award winner Max Wilcox and presented in both monaural and stereo recordings....

Meet Me In Margaritaville: The Ultimate Collection

Jimmy's waiting with a tall cold one and 38 tracks on 2 CDs, including 12 unreleased tracks featuring six alternate versions (Son of a Son of a Sailor) , four new live recordings and two brand-new songs. Plus, as a side dish, a 32-page booklet penned in part by Jimmy it's a parrothead's tropical dream! Includes Margaritaville; Cheeseburger in Paradise; Changes in Latitudes, Changes in Attitudes; Fins; Why Don't We Get Drunk; We Are the People Our Parents Warned Us About; Volcano; One Particular Harbour; Barefoot Children; Havana Daydreamin' , and more.... 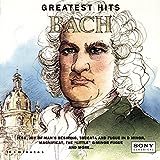